What Are You Built to Do? How to Find Exercise You Like 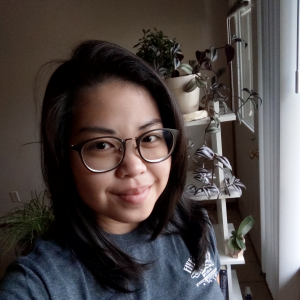 How do you find exercise that you will actually like doing? Is there such a thing?

This is a question that most people don’t ask directly. They ask it by making certain statements such as, “I would rather repeatedly smack myself in the face with a rotten fish than go for a 5-minute run.”

If you feel like you “hate exercise”, but you know that you want the benefits of it, then finding the right type of exercise for you is vital.

One way that you can determine the best kind of exercise for you is to figure out what your body was built to do.

One of the first lessons that I remember really understanding when I was a tadpole version of a Sports Medicine practitioner was the concept that there are three main body types with respect to musculoskeletal shape.

This understanding helped me to realize why some movements are easy for some folks and not for others. Ultimately, it helped me to figure out how to find exercise that I liked.

So, what are the three body types?

Ectomorphs are often people who have a very thin shape with and a small skeletal frame. They usually are pretty tall, and often have long, slender limbs.

They have a relatively small amount of muscle mass and tend to have difficulty putting on both muscle and fat alike.

If people shame you for being able to eat 36lbs of pasta and stay rail-thin, then you are probably an ectomorph. These are also the types of people who can do weird shit like half-way dislocate their shoulders, put their ankles behind their heads, and stick their heads up their own butts.

In case you didn’t gleam this from the dumb analogy, mesomorphs are those with relatively large skeletal frames and who are capable of putting on a lot of muscle very easily.

Because they have big skeletal frames and a lot of muscle, they also tend to weigh a lot more and have joints that are not as mobile or flexible.

Endomorphs tend to be those who have “trouble controlling their weight”. That is, they tend to put on a little more fat than the other body types.

They have a medium skeletal frame and tend to have a higher percentage of fat tissue. In other words, they have more fat than mesomorphs and more muscle than ectomorphs.

Now, this doesn’t mean that endomorphs are inherently unhealthy. However, at their healthiest weight, an endomorph will have a higher percentage of fat tissue than the other two body types.

A Continuum Rather Than A Group

One thing that I want to mention before moving on is that ectomorph, mesomorph, and endomorph are on a continuum. They are not necessarily mutually exclusive groups. Don’t try to fit yourself perfectly into one category.

This means that someone can be somewhere between ectomorph and mesomorph, that is skinny and tall, but still somewhat muscular. One can also be between mesomorph and endomorph, muscular, but with some surrounding fat.

What is Each Body Type Good At?

So based on this, how do we find out what kind of exercise you might be best at?

Again, ectomorphs are thin, light, often flexible, and have a hard time putting on muscle. This makes ectomorphs less-suited for lifting massive amounts of weight.

Sure, ectomorphs can build up strength and learn to lift more, but without the advantage of a stable skeletal frame, it will be much harder for them. As such, ectomorphs often hate strength training.

However, that light frame, natural flexibility, and their long limbs do make them well suited for endurance activities. This includes running, swimming, biking, and moving lighter amounts of weight around for high reps. This also gives them an advantage in performing bodyweight exercises more easily.

Mesomorphs are obviously going to have a higher affinity for moving larger amounts of weight. They have a good solid bone structure, lots of muscle, and stable joints. However, what they excel at more than anything is power.

Power movements involve moving heavy weights with speed. These include activities such as Olympic lifting, sprinting, agility, and contact sports.

This is because mesomorphs tend to be able to put on the type of muscle that allows them to move quickly and with a lot of force. Not only that, but their strong skeletal structure can sustain a lot of impact that result from those kinds of fast, powerful movements.

Endomorphs Can Bench Press a Whale that Just Ate Another Whale

Lastly, there are endomorphs. Because of their higher body weight, endomorphs are probably the first to tell you they hate bodyweight exercises such as running. Endomorphs do not have the affinity for power that mesomorphs have, but what they do tend to be good at is pure strength.

The reason they are so good at strength is because their higher body weight actually gives them an advantage in moving a lot of weight around. When their big bodies move a heavy object, more force is applied to the object being moved. Force = mass x acceleration, remember that one from the 6th grade? In this case, it gives big guys and gals a huge advantage when it comes to heavy lifting.

Best Does Not Equal Most Fun

To wrap things up here, I just wanted to mention that there is a lot to consider in order to find the exercise you like the most. This article gives you a break down on what you might be best at given how your body is shaped.

In the end, only you can decide what works best for you. The only way to know for sure is to try out a lot of different kinds of exercises and activities.

Enter your email to receive a FREE E-Book on how to begin a sustainable daily exercise habit TODAY. You’ll also receive my weekly newsletter and notifications of new articles.

You’ll received our weekly Functional Friday newsletter, a free e-book on how you can start a daily exercise habit, email notifications of new blog articles, and random entry into a drawing to win a free pet sloth!